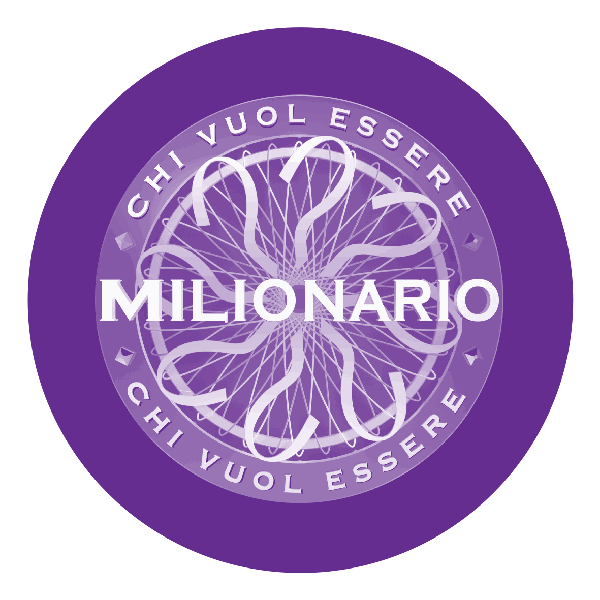 "Is that your final answer? Shall we turn it on? "

Who wants to Be a Millionaire? (Who wants to be a billionaire? From 2000 to 2001) is an Italian television program broadcast on Canale 5 under the direction of Gerry Scotti. It is the Italian version of the English format Who Wants To Be a Millionaire?, Produced by the broadcaster ITV and by Celador and broadcast in more than 120 countries around the world. In Italy it aired in the pre-evening slot (and for some periods also in prime time) from 2000 to 2011 for a total of 12 editions conducted continuously by Gerry Scotti who for this reason entered the Guinness Book of Records for having presented the largest number of episodes of the format. To celebrate the twentieth anniversary of the birth of the original format (1998), twelve special episodes were aired in prime time from 7 December 2018 to 14 March 2019, always conducted by Gerry Scotti. The game is inspired by a famous 1950s US radio quiz titled The $ 64,000 Question, and is probably one of the few shows where the game modes are the same in every country it airs (obviously the prizes vary by virtue of of the currency used in the various countries, the subjects of the applications and the aid). The program arrives in Italy on May 22, 2000 with the title Who wants to be a billionaire? and is proposed as a common television quiz, for a period of three weeks of daily programming in the early evening for a total of 18 episodes. In 2002, coinciding with the advent of the euro, it was renamed Who wants to be a millionaire? This new title adheres to the new European monetary reality and involves a change to the premiums.